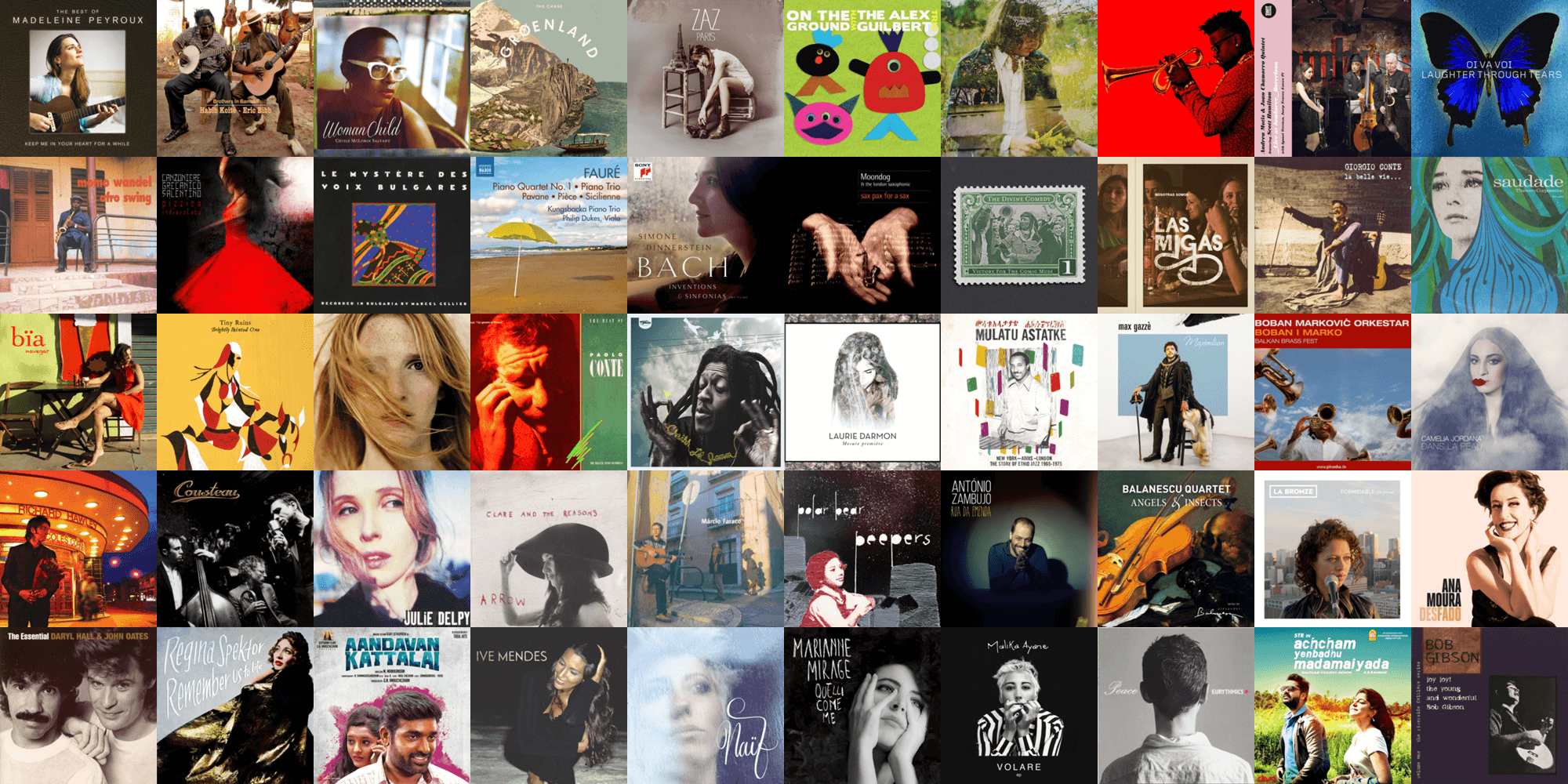 Just a few years ago, the universe of music I had access to was small. I also had limited means of discovering new music. And while Napster and torrenting made acquiring music easier, I rarely used them. I guess where others saw a greedy music industry that we didn’t owe our hard-earned money to, I saw artists and labels that deserved to be paid fairly for creating something that consistently brought so much joy to my life1.

Apple’s iTunes music store didn’t come to India until relatively recently. I was still buying CDs till about five or so years ago. I’d usually buy from local stores in Bangalore (MusicWorld anyone?). Occasionally, when traveling to the US on work, I’d order them from Amazon to friends in the US and collect them when we’d meet. Some of the CDs in my collection were procured from Airports in Europe - for direct flights to west-coast from India don’t exist and layovers in Europe were inadvertantly long2.

When we moved to Amsterdam, I had to digitise my entire collection and leave the CDs behind. This helped shift my notion of ownership of music from being something you bought physically to something that only existed as a file on your machine.

Moving here also dramatically expanded my musical horizons. How it started happening was a happy accident. Just five years ago, Spotify was not mainstream and other services, including Apple Music, didn’t exist. Almost everyone had hours of music on their work laptop and almost everyone used iTunes. Turns out, iTunes has a feature called “Home Sharing”. When it is enabled, others on the same network can see and listen to your entire library - just as you can see and listen to others’s library. At a workplace where there were at least 30 nationalities at that time, musical tastes were bound to span genres and artists I had no idea about3.

I had always considered myself something of a prolific listener so discovering so much new music that others would consider mainstream but I hadn’t even heard about, let alone heard, came to me as a bit of a shock. I also found new works by artists I already knew and enjoyed. Asking about musical tastes of others over lunch would often lead to new discoveries that I probably wouldn’t have stumbled upon myself.

There was also bit of a moral dilemma for me. While I was buying a lot of the music I was discovering4, I wasn’t going to be able to keep up with the sheer volume of new music I was now listening to. The advent of affordable streaming services couldn’t have been more timely.

With Spotify’s ad-supported “freemium” model, it was a no-brainer to get started. Once their catalog grew (as did the frequency of advertisements and the sort of arbitrary restrictions they’d place on the mobile app), it was an easy decision to become a paid subscriber.

2016 was probably the first year where I almost exclusively streamed music. And while Spotify’s algorithmically generated “Discover Weekly” playlist has been uncannily good at recommending music I would enjoy, I found that like the “Hosts” in Westworld, it’d get stuck recommending the same narrow bands of genres and artists over and over again (theres only so many cover versions of “Summertime” one can enjoy).

So I’ve had to do some legwork myself and go in search of fresh music. I’ve had to keep my ears peeled for music in cafes, bars and on the radio in cabs. I’ve had to keep an eye out for tweets that mention music, pay attention to passages in books that reference music (which btw happens a lot if you are reading Murakami), and generally browse around Spotify’s catalog using an artist or band I know as an anchor.

I found around 248 new tracks (of the thousands that I must’ve I heard) that I considered worth adding to my “favourites” playlist in Spotify. Of these I picked around 52 tracks (spanning 50+ unique artists and albums) for my year-end retrospective. A lot of this music featured here was released way before 2016 - I only happened to find about it this year.

I’ve compiled a playlist with these tracks on spotify. Below is a short review of each track in the playlist. It’s futile to try and rank music this diverse, so I’ve listed the songs in the order in which I came across them in 2016.

On global warming I took this picture during the 2016 Light Festival in Amsterdam. Today felt like a particularly good day to post it

My Dangal Review These days, I am blissfully ignorant of the latest movies coming out of Bollywood. The wife still keeps a tab on them and it was she who told me