The wife is addicted enough to Pokémon Go to seek out new Pokémon when we are traveling but still not addicted enough to pay for a roaming data plan for it. Her strategy when traveling abroad is to seek out free WiFi access points, start Pokémon Go and hope that a new Pokémon spawns near her. Sometimes it works. It was during one such attempt in a bogey of Bergen’s funicular train that an asian lady standing next to her asked her what level she was on. I guess the social convention amongst Pokémon Go players dictates that you answer the question with your level and then ask the other person theirs. Which is exactly what the wife went on do. We had barely processed the answer from the asian lady when a middle aged American man sitting opposite her looked at the Asian lady’s sneakers and asked her if those were Onitsukas. When she said yes, the man exclaimed that he couldn’t believe they still made them! He then went on to regale all of us about a comfortable Onitsuka pair he owned when he was living in Tokyo many years ago.

Soon a group of excited kindergarten kids on a field trip boarded the funicular with their teachers. I lost this thread of conversation amidst their chitter-chatter and used the opportunity to scribble the brand name of the sneakers into my diary.1 As far as Funicular smalltalk goes, this had been few notches above surreal.

Our ride barely lasted 5-7 minutes but in that time we gained considerable elevation. The view from the viewing gallery just outside the Funicular station on the mountain was beautiful. There was a little hut just below the lookout point and two white goats were living there. 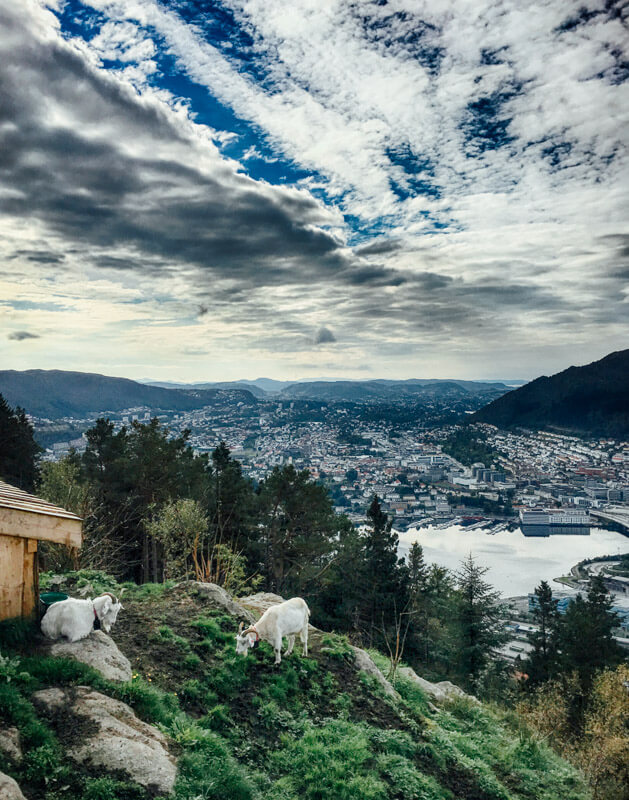 There was a playschool just off the funicular station. Around here, we came acorss stumps of trees that had been carved into trolls complete with signs telling us not to feed them.

We took a random marked trail that got us a little deeper into the woods - amidst tall pine trees and close to small, placid lakes. 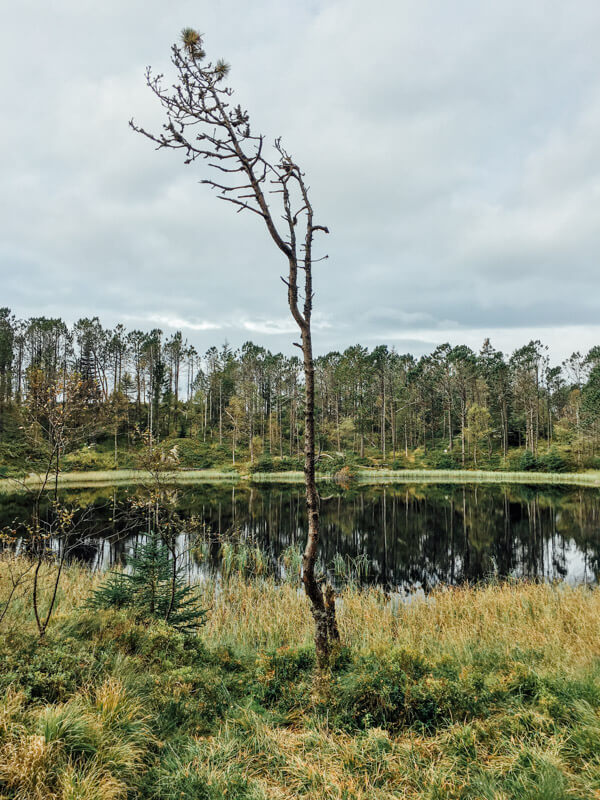 Animals carved out of wood were placed throughout. This made our walk feel like real-life Pokémon Go - A wild vulpus had just appeared: 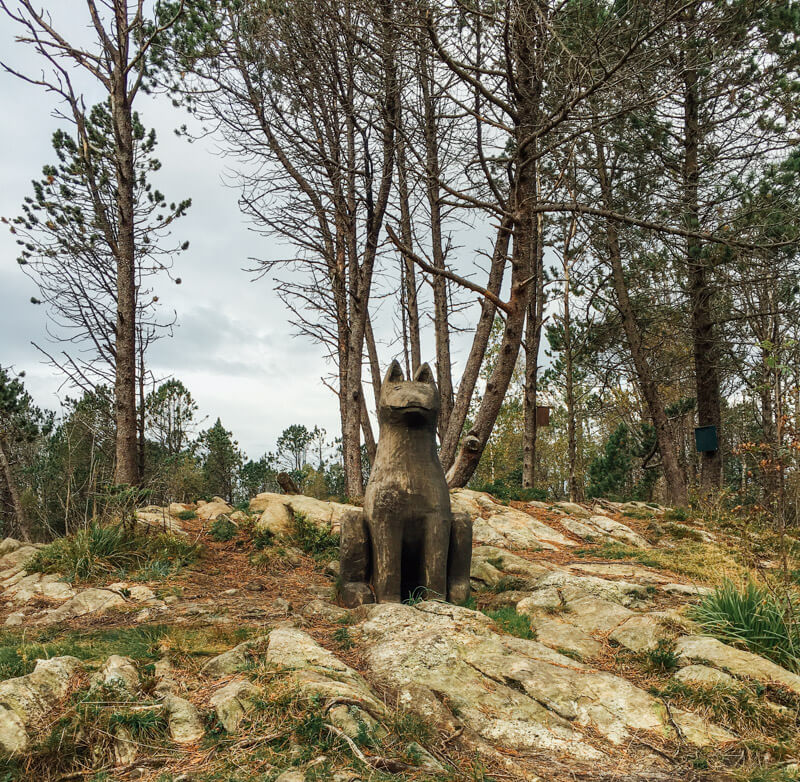 After a few hours, instead of taking the funicular back, we simply walked all the way to the city center.

The next day, we had some time to kill before our afternoon flight back to Amsterdam. We wanted to spend our time walking through nature and decided to take the funicular to the mountain again. At the ticket counter, they warned us about there being poor visibility from the top owing to fog. Since we weren’t going there for the view, we took the funicular anyway.

When we reached there, the view wasn’t actually all that bad. This time, we also noticed signs forbidding witches on flying brooms from entering the forest. 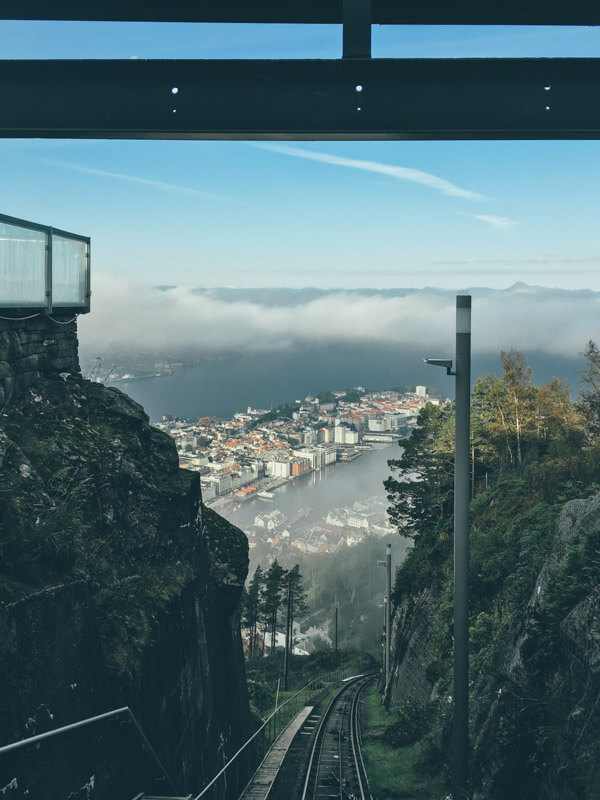 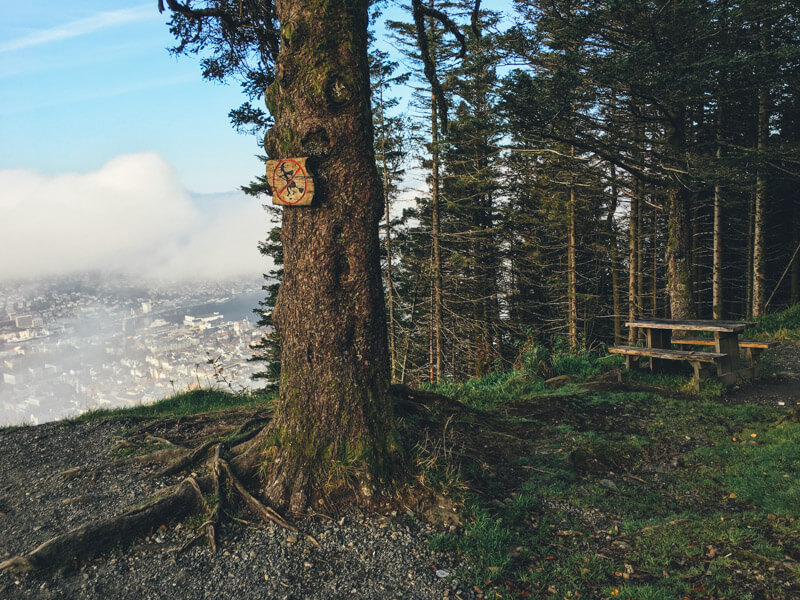 A few minutes later the whole area was blanketed in a thick fog. We could see why they’d warn you about it when getting tickets - if we were here for the view of the city from top, we’d be pretty dejected. 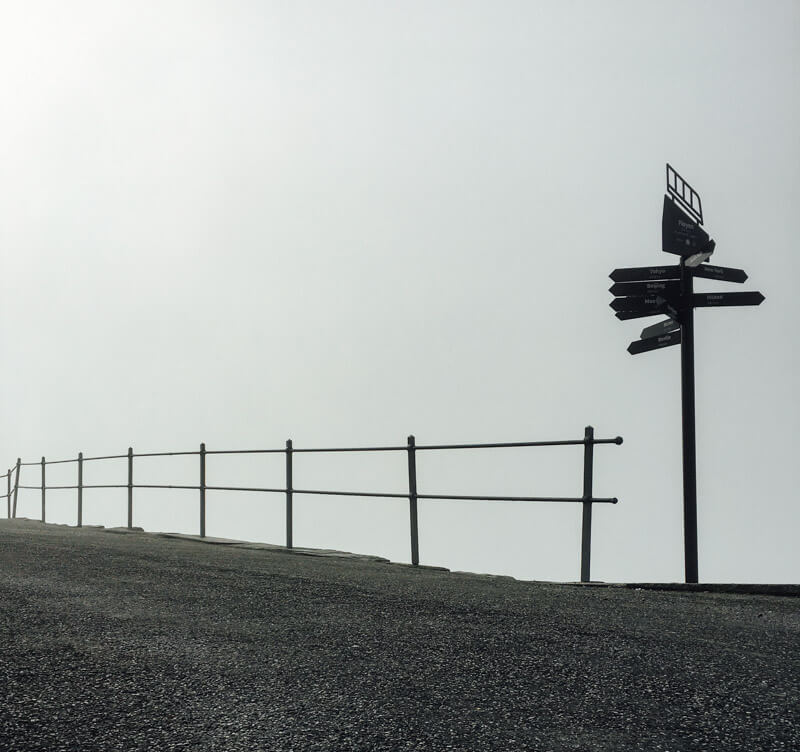 However the sort of views that we had come for, had actually been enhanced by the fog: 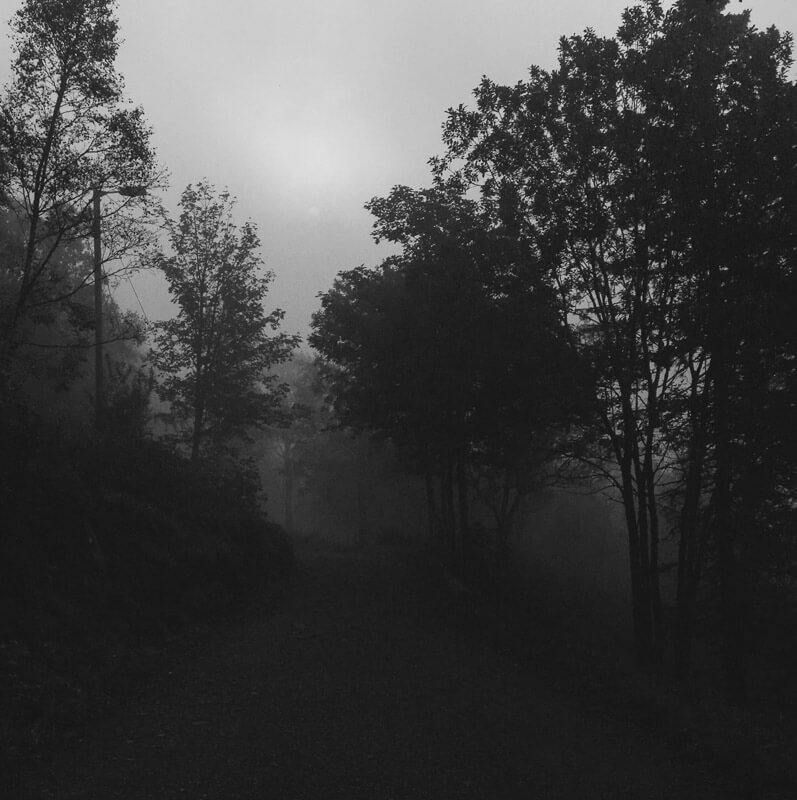 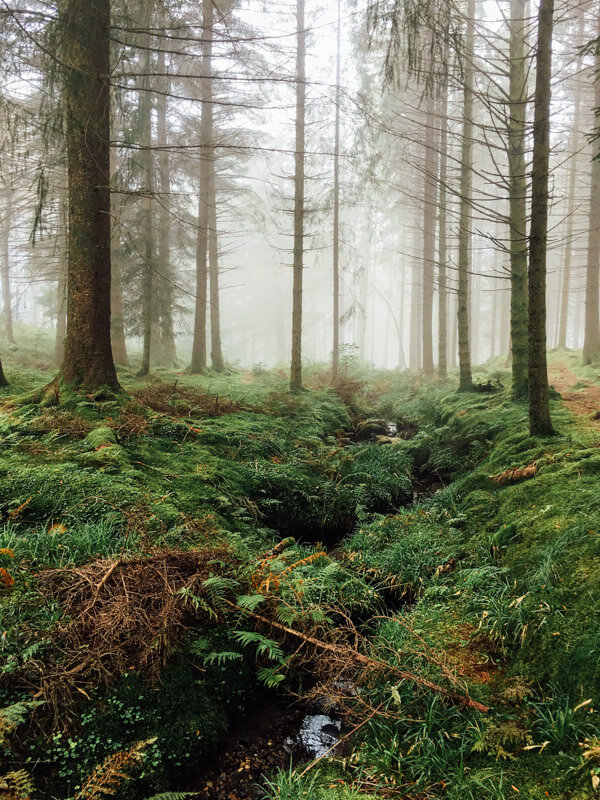 p.s. Had we heard Come Wander With Me by Bonnie Beecher playing here, we would’ve been very spooked.