The improvement in quality of phone cameras and the phones’ ability to run powerful image processing apps has started to open some interesting creative possibilities. One recent discovery for me has been Hipstamatic and the Tintype add-on that allows you to emulate daguerreotypes. The app claims to use the iPhone’s built-in face recognition to accentuate your subject’s facial features and blurs out everything else. Since iPhone’s facial recognition also works for two-dimensional faces like those printed on posters or painted on walls, you can exploit it to get some unique cityscapes: 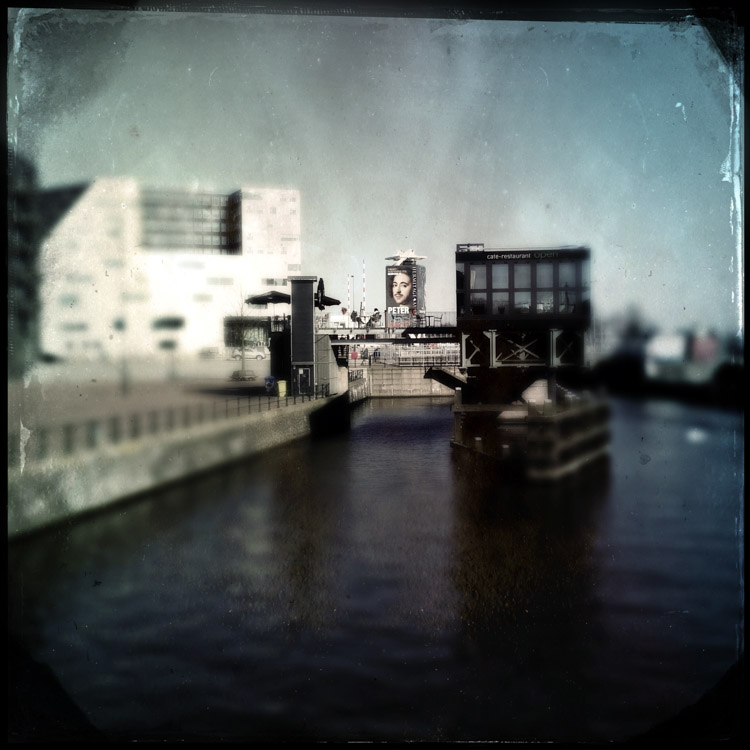 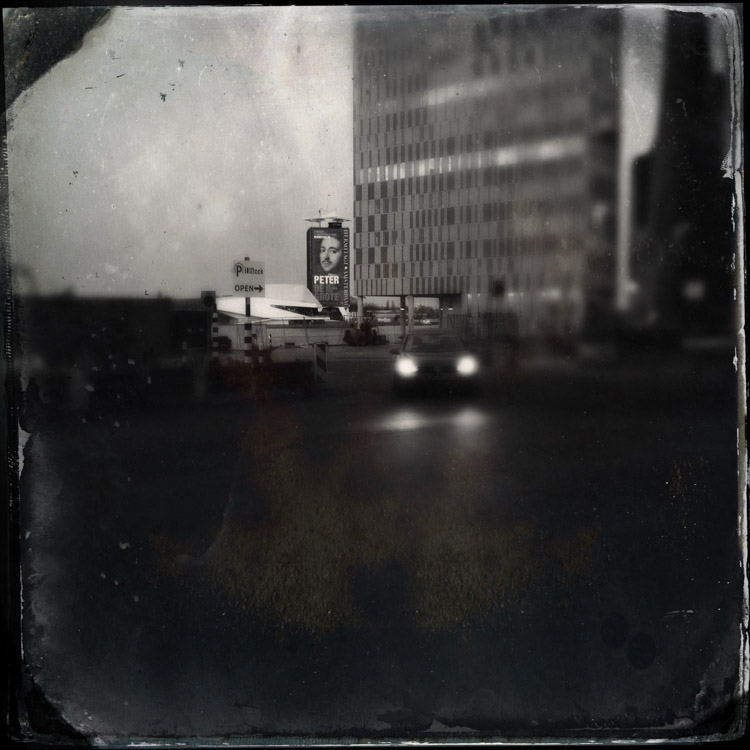 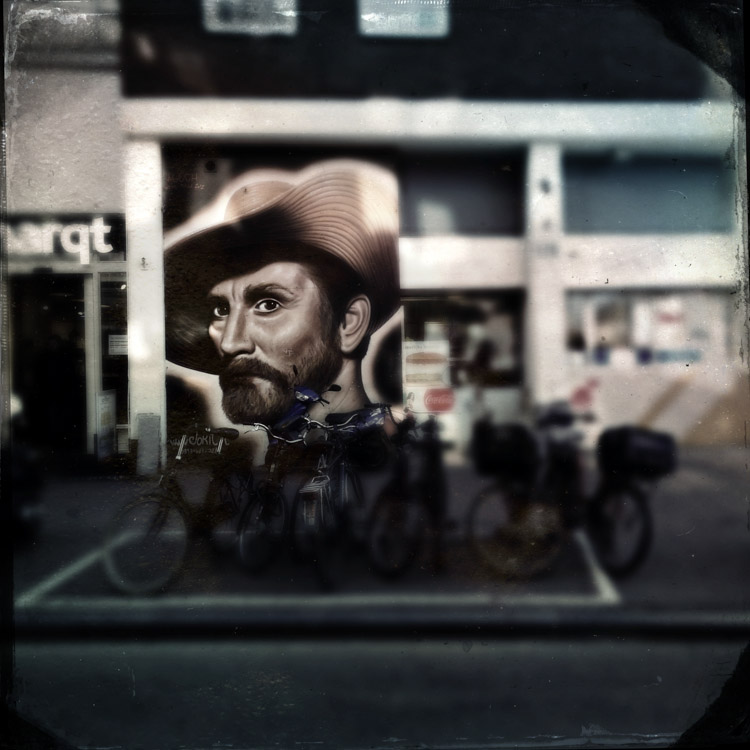 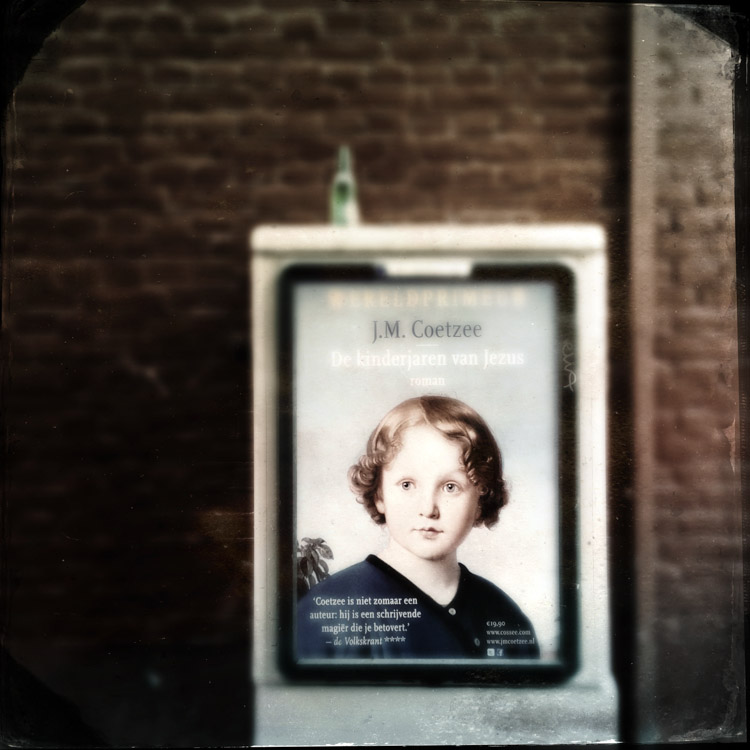 Old houses in Amsterdam are often adorned with reliefs of faces, the TinType effect works on them too. 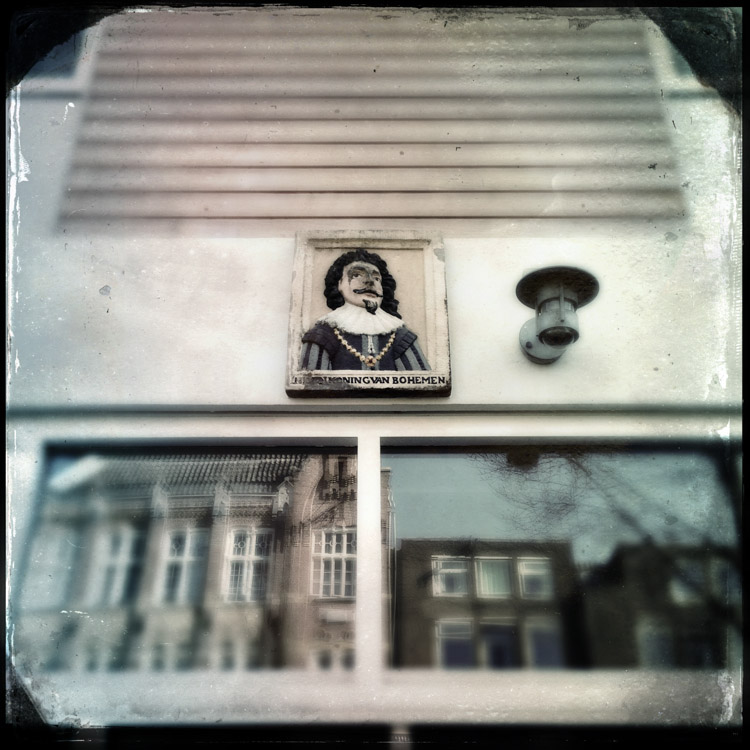 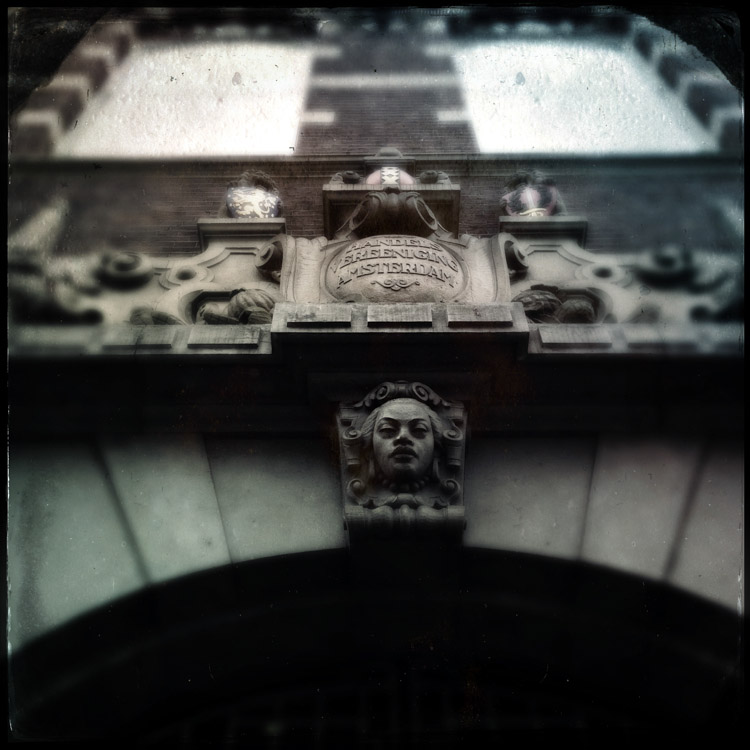 I got some interesting results while working with faces of animals too: 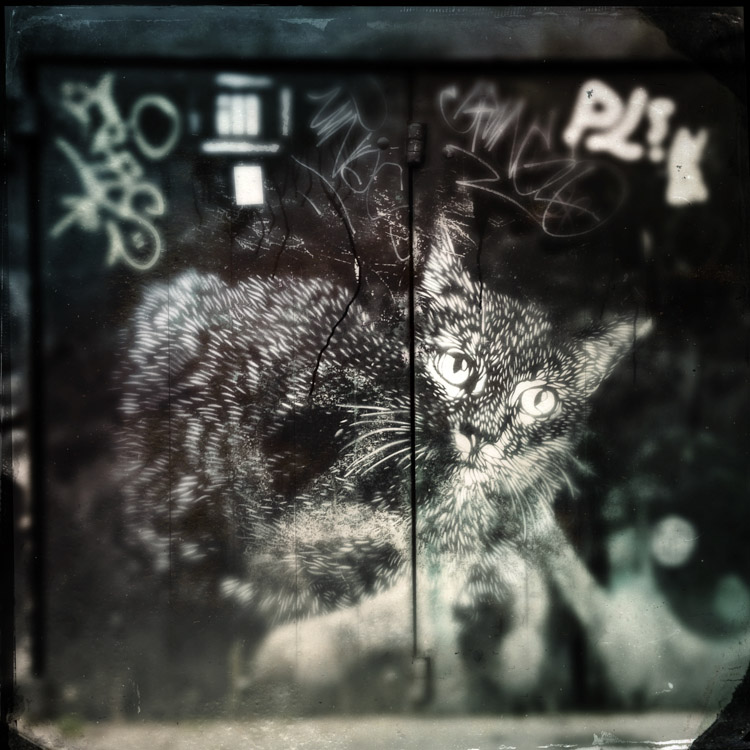 And a face need not be perfect for this to work.

Us humans are sometimes fooled into seeing faces in abstract patterns — an evolutionary trait that iPhone’s face detection has somehow inherited. This building looked to me like a giant, bespectacled witch with a conical hat (Bewitched anyone?). The iPhone doesn’t quite agree, but it does try: 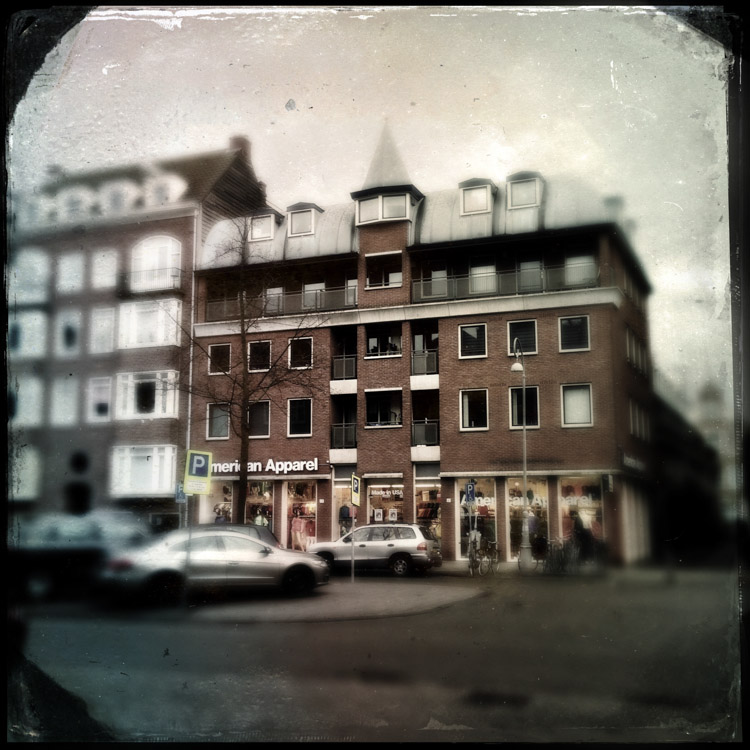 My biggest gripe with phone cameras is the lack of depth of field and with apps like these I am able to scratch that itch somewhat. I am sure it’s only a matter of time before the software and improved optics allow you to emulate the depth of field and bokeh of SLR lenses right on your phone.

p.s. In another news, we finish two years in Amsterdam today. When we had landed here in April’11 the hotel driver who had come to pick us up, was quite amused at our over-preparedness for dealing with the cold. The spring had come early that year (or was it on time?). The morning was pleasantly cool and a visit to Keukenhof just a day later was a memorable one. Had we been arriving this year, we would appear underprepared. The trees are still bare and the famous tulip show at Keukenhof has been nothing short of a disaster. It was cold and cloudy in Amsterdam today and it drizzled steadily throughout the day. While most people here are sick of the prolonged winter, I am quite content for it to drag on. Had they spent 25 years of their lives in 45ºC Delhi summers, they’d understand.

On watercolours The compulsory painting classes in our school were a laughable formality. They didn’t follow a curriculum and no attempt was made to teach even the Phone cameras and depth of field Some four years ago, while playing with Hipstamatic’s TinType addon, I had remarked: My biggest gripe with phone cameras is the lack of depth of

Even and odd Urban planning in India is patchy. Nowhere is this more evident than the way houses are numbered. Whenever we’d visit friends or relatives living in

You and I and gro-cer-y The wife and I met online several years ago. We are from the same city but at that time both of us were working in different parts of India. We