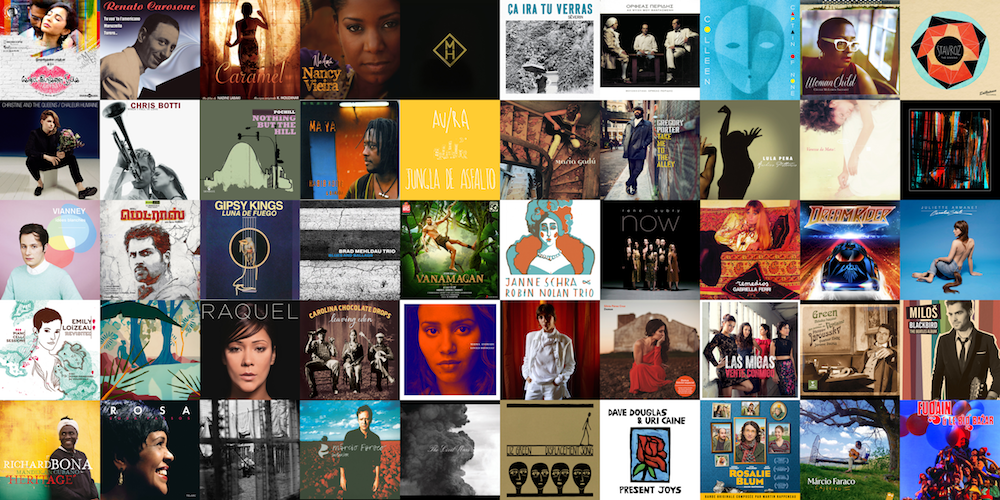 I say in speeches that a plausible mission of artists is to make people appreciate being alive at least a little bit. I am then asked if I know of any artists who pulled that off. I reply, ‘The Beatles did’.

Here is a little tribute to all the artists that helped me appreciate being alive. Very little (if any) of this music was released last year. 2017 just happens to be the year I discovered these artists or songs in. And as for The Beatles, this list includes one jazz piece inspired by them, one cover and a Paul McCartney solo.

The playlist is on Spotify.

Just like last year, the songs are not ranked by play count or how much I like them, but rather in more or less the same order that I came across them. One notable exception is the last track in this list, which even though I had been listening to since July, I decided to include here at the last minute.

p.s. There was of course more music in my life this year than listed here. I added 207 new songs to the “master playlist” off which I compile this year-end retrospective. There were a couple of songs - one in Hindi and one in Tamil - that I must’ve heard tens of times. My new-found affection for this period of Indian music is making me wonder if I am finally turning into someone from my parents’ generation (surely everyone’s greatest fear when they are in their teens). Music is also an integeral part of many shows that Netflix produces. I wish they’d release this one from Godless on Spotify.

Two Hong Kong trips seventeen years apart My first visit to Hong Kong in the year 2000 had left quite an impression on me. I was there again last year. Visiting a country after seventeen

Man and machine We all experience moments when it seems like the whole world is out to get you. You can issue and return books from the public library in Amsterdam