In which Amsterdam poses me a musical riddle

For a long time I’ve been fascinated by the colourful gable stones that adorn the houses of Amsterdam. They are usually found just above the door of a house, but really can be pretty much anywhere on the face of a building. Some of them are new, some centuries old. Most of them are regularly restored and painted. They add a dash of colour and variety to the city’s architecture.

A few weeks ago, I acquired a 135mm telephoto lens that allows me to snap these gable stones up-close. Now that I am actually looking for them, I spot a lot of them. Familiar streets that I’ve been walking through for close to 4 years, have been hiding beautiful specimens in plain sight.

The stones cover a wide spectrum of topics ranging from religious scenes to happenings from daily life. There are stones commemorating important events and ones that depict important people. Given the rich maritime history of the Netherlands, it’s probably not surprising that ships and fishes appear quite often as well 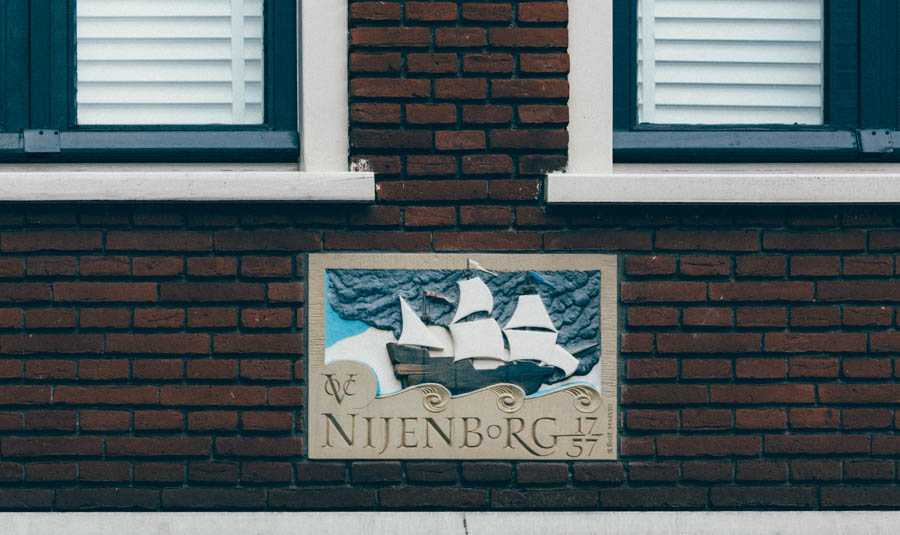 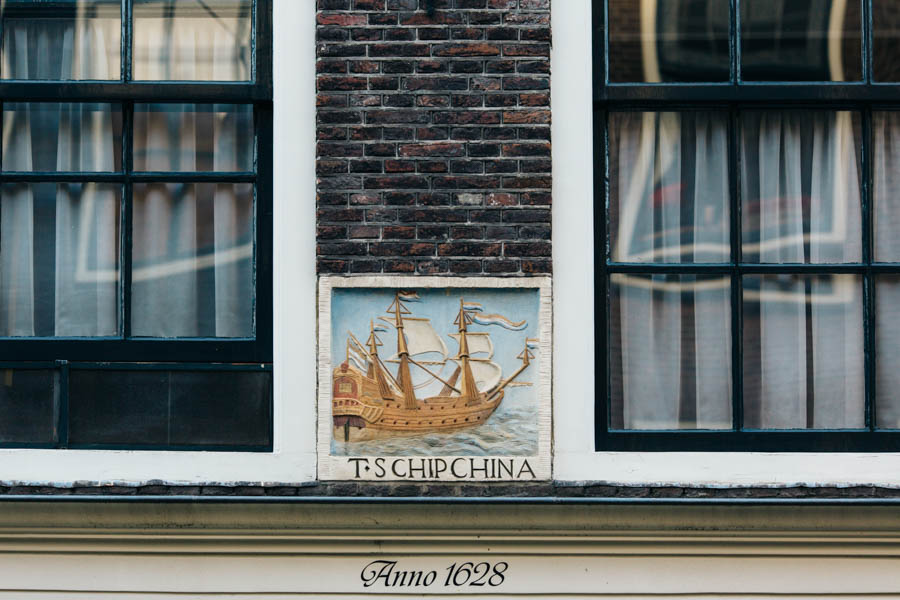 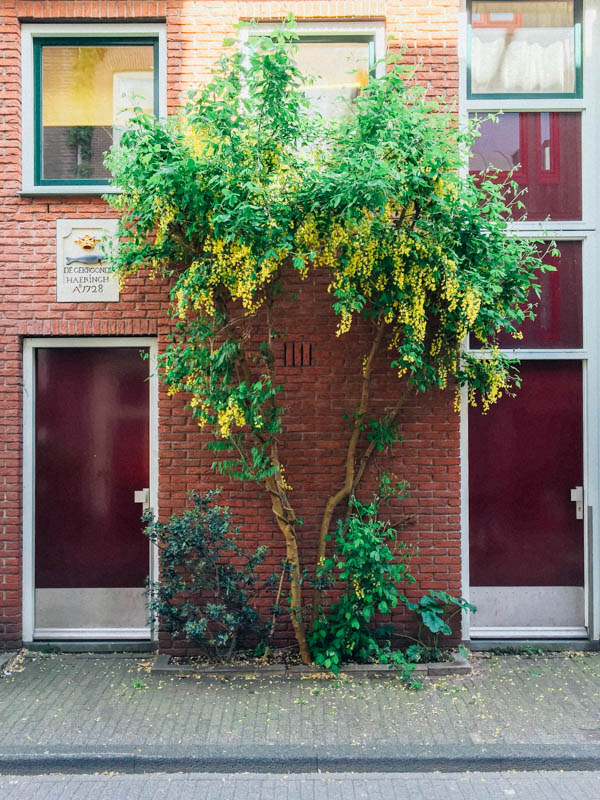 When I spotted yet another gable stone with a fish on it, naturally, I didn’t make much of it. Looking closely however, revealed that the stone bore a short musical score just above the fish. My curiosity was immediately piqued. What did those bars sound like? 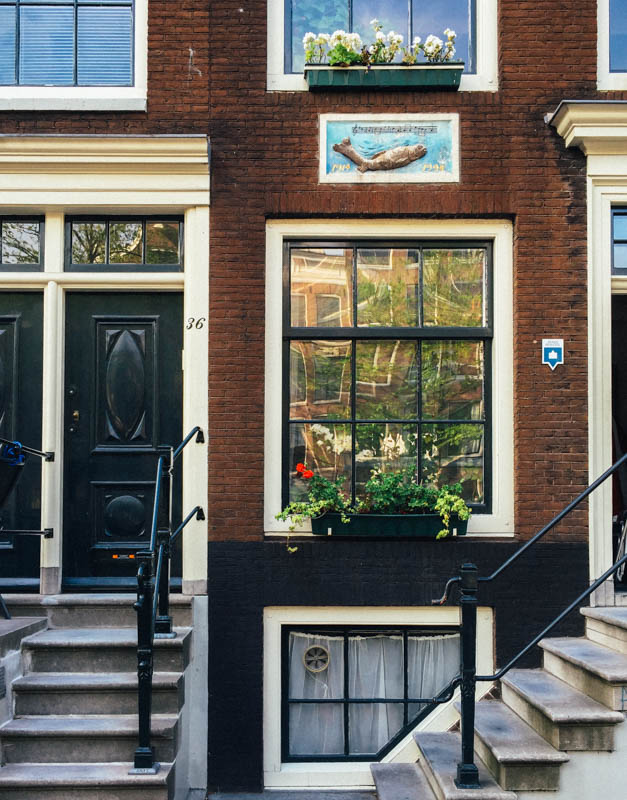 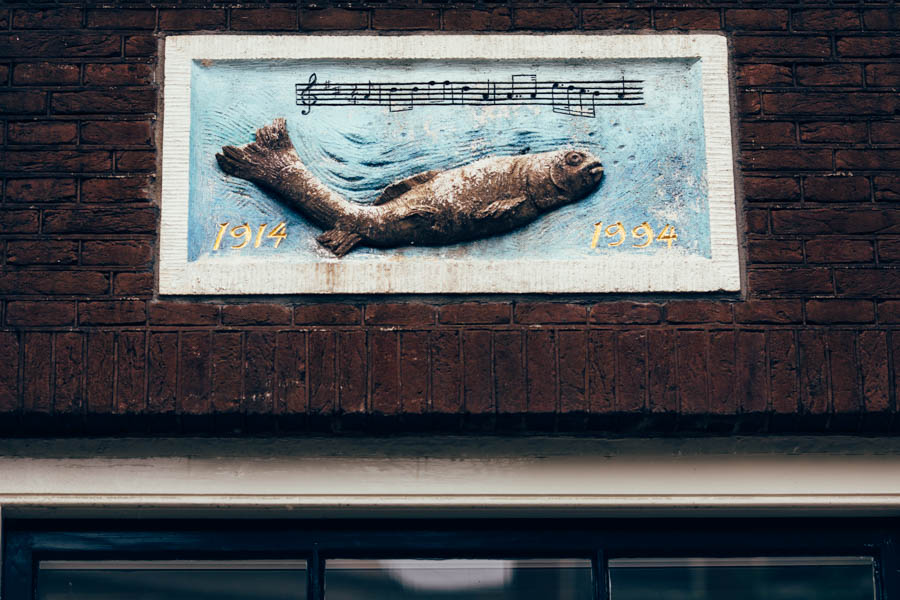 I’ve lamented about the poor quality of art education in my school in the past. Music education in my school was an even bigger sham. Till my 20s I was completely ignorant of even things like where on a piano is the middle C, how the notes are written on a score and so on. When I moved out of my parents’ house to Banglaore, I took piano lessons. I didn’t get very far, but now at least understood the basics of western classical music.

The first thing I did once I reached home, was to start Garageband and try and play the score from the gable stone on my computer’s keyboard. I failed miserably. I had forgotten to sight-read music. I also couldn’t keep time with a precision that’s needed to play the 1/8th and 1/16th duration notes that this little piece is peppered with.

I wasn’t going to let this music go unheard. I signed up on NoteFlight and with some persistence managed to transcribe the bars more or less accurately. NoteFlight, or for that matter pretty much any music writing software these days, allows you to play the score as you are writing it. Here is what the score on the gable stone sounded like:

It sounded very familiar but I couldn’t quite place it. It was late by now. I left the computer and took up the dishes waiting in the sink to be washed. Just as I was washing the last plate, it suddenly clicked! Of course! These were the opening bars of the 4th movement of Schubert’s Trout Quintet! Here is what they sound like:

Placing these bars from original score next to what’s on the gable stone confirmed it beyond doubt:

Once I knew this, I felt quite stupid that I didn’t catch the connection between the fish and the score sooner. The trout on the gable stone should’ve been a dead giveaway! Also, I am pretty sure I could’ve looked this up online, but perhaps because I am from a time when you had to work things out yourself, I wanted to see how far I’d get. That said, the internet did play a big role here in giving me the tools I needed to puzzle this out.