The compulsory painting classes in our school were a laughable formality. They didn’t follow a curriculum and no attempt was made to teach even the merest of basics1. Also, while you could use pretty much whatever you liked to draw and colour, there was an unwritten convention that forbade the usage of coloured pencils and crayons after grade six. The “grown ups” used poster colours, so that’s what we picked up.

I vaguely remember a period of transition between the coloured pencils and the poster colours that involved trying to use water colours. They were difficult to work with. They looked too faint on paper and the pencil markings would show underneath them. Of course, we wouldn’t dare put brush on paper directly - you’d have to draw something in pencil first and then you’d colour it - that’s just how we were taught. The dry watercolour pellets would soon accumulate a thin layer of other colours and lose their individuality. Eventually, all colours would come out as a dirty greyish-brown on paper.

…we moved to the Netherlands and bought a small box of the once familiar water colour pellets at Hema out of nostalgia. They lay untouched on our bookshelf for months. I tried them a couple of times. After what must have been two decades, I experienced the thrill of applying them to paper without anything drawn on it before. But my mind was set in its old schoolboyish ways. I was trying to create a literal copy of what I saw in watercolour. I should’ve tried to capture only the essence. Like the way the world appears to me without my glasses2.

Fortunately for me, I live in an age where computers are not only small, powerful and portable, they have also made tremendous advances in image processing. I recently happened to come across Waterlogue on the iPhone App Store. It renders your pictures into beautiful watercolours. And not in a cheesy way, like the output from one of those numerous Photoshop plugins we wasted countless hours playing with in the 90s, but something more resembling a true work of art.

I’ve of course been running my pictures, both old and new, taken with DSLRs and phone cameras, through Waterlogue and have been impressed every single time. There is something about photos of cities in Europe… 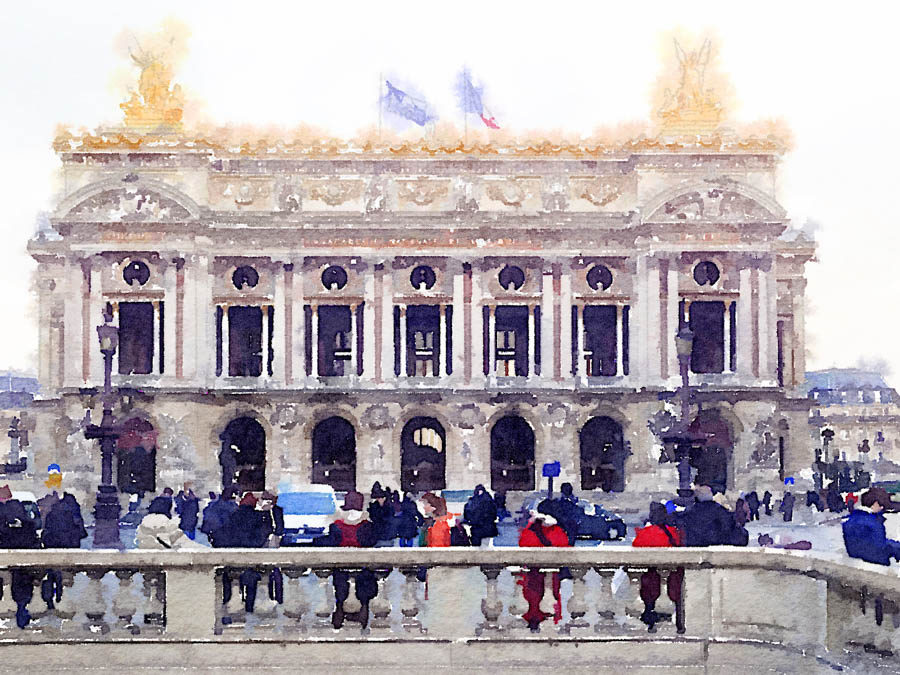 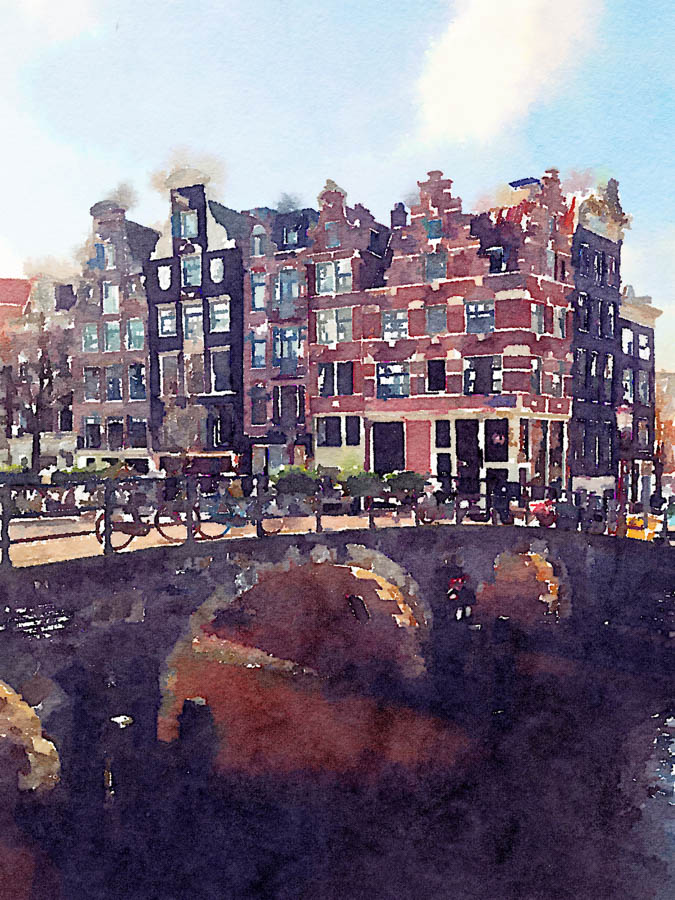 that causes Waterlogue to bring out the sublime.

In the coming days, I look forward to playing more with Waterlogue. This does not mean that I am going to run every picture I’ve posted on this blog through Waterlogue and post it here again, but I might revisit a handful of them3.

I don’t know whom these watercolours should be attributed to. To the person who takes the picture or the program that transforms it to something magical.

Phone cameras, with their small lenses and tiny digital sensors, take pictures that tend to have everything in sharp focus. In the last two years of using my iPhone’s camera almost exclusively, I’ve learned to exploit this attribute and for some shots even depended on it. Still, occasionally, my heart yearns for the bokeh of large DSLR sensors and wide-open prime lenses. Waterlogue, for some reason, scratches that itch.

Another thing phone cameras do poorly is zooming. Sure, they give you “digital zoom” but the end results are a splotchy mess. But as I find myself taking shots that are essentially raw material for Waterlogue, I don’t hesitate to pinch and zoom if the composition really demands it.

Apple launches their iPhone around September/October i.e. around the onset of Winter in the Northern Hemisphere. Days during that time of the year begin to get short and the ambient outdoor light even at 4:00 PM isn’t ideal for phone photography. And yet the iPhone 6 camera has defied my expectations this winter. I can’t wait to see what it’ll do in the bright summer days - especially when paired with tools like Waterlogue4.

Photoblog: Photo #71 - The antique book/art shop On my way from work I often walk past a shop on Haarlemmerstraat that sells old books and works of art. I’ve never been inside the shop, but from

A bridge in Cologne I don’t know what led my uncle in the US to pick a jigsaw puzzle with the Cologne Cathedral on it. I don’t know of any family ties to Cologne. Nor