We had last visited Marken over a year ago in summer. Despite having endured a particularly cold and long winter this year, I didn’t expect Marken to have changed much with the season. I was, of course wrong; but the scale of how wrong I was surprised me. Within 20 minutes of leaving Amsterdam and crossing the underground IJ tunnel, you find yourself in a landscape that bears little resemblance to the city you left behind. There were swamps and open fields all around us. We saw canals where the water was mostly frozen. A light fog seemed to be a natural part of the air’s constitution here.

A thin strip of road connects Marken to the mainland. When looking out at the vast stretch of water from the buswindow you feel small and inconsequential.

We spent most of the day walking around the island amidst this surreal, desolate landscape. 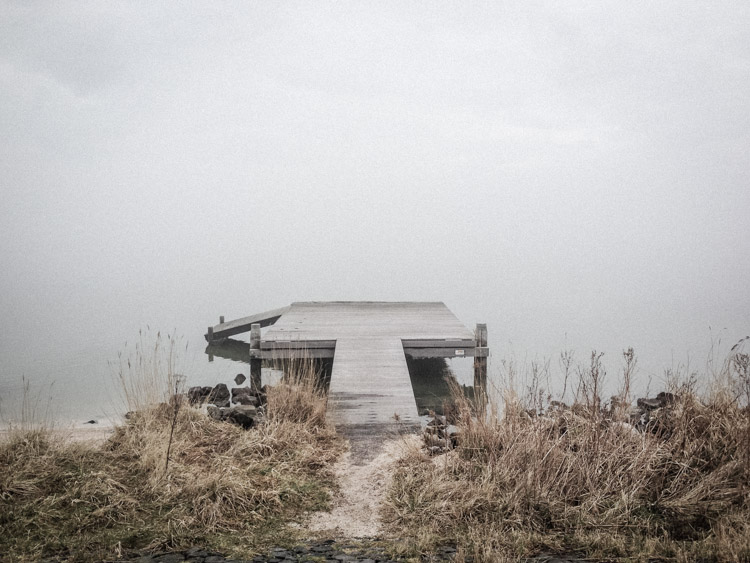 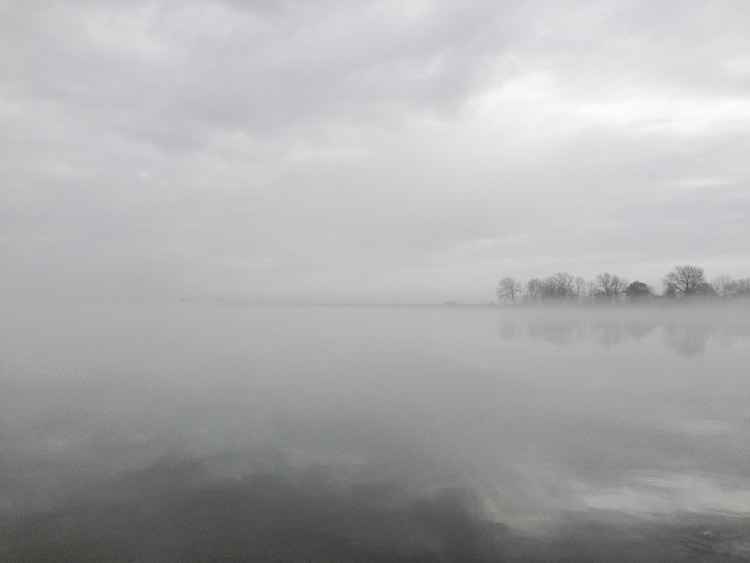 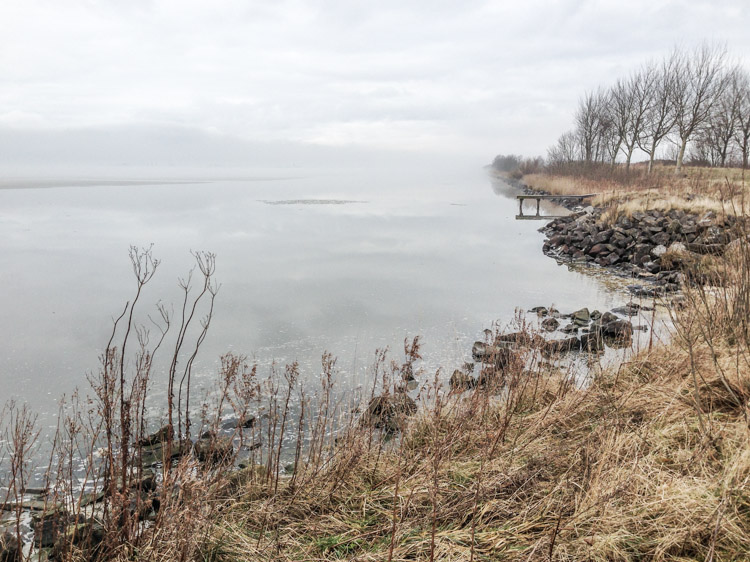 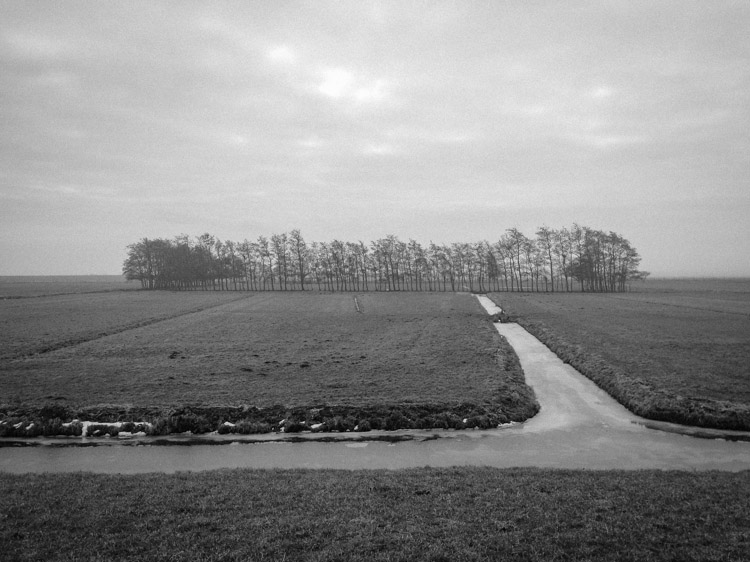 The fog blurred the horizon and you couldn’t tell where the water ended and the sky began. 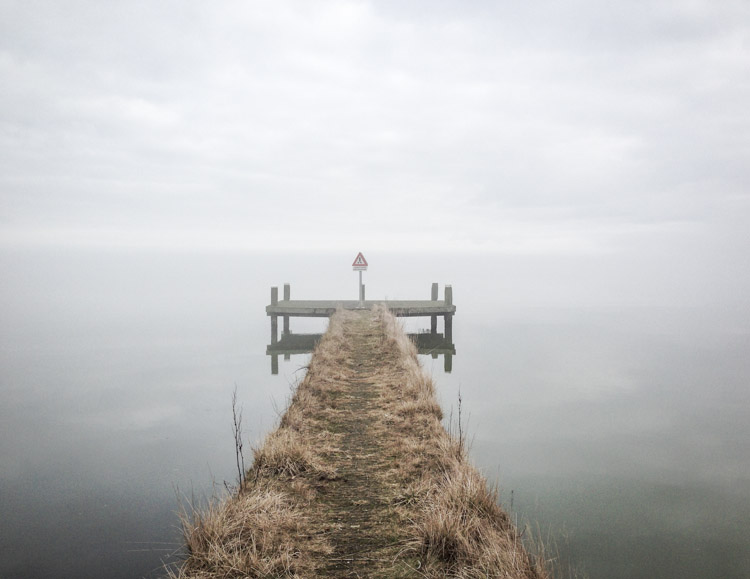 It was all very still and silent. Loud squeals of ducks and swans would occasionally echo through this landscape. The only sign of being close to the civilisation was the drone of an airplane that flew over the clouds unseen (and the 5 bars of signal on my cellphone).

Markemeer, the vast lake surrounding the island, was partly frozen. During our last visit, sailboats of various sizes and vintages were flitting about, but this time we only saw small upturned boats moored on the slope of the dike that encloses the island. 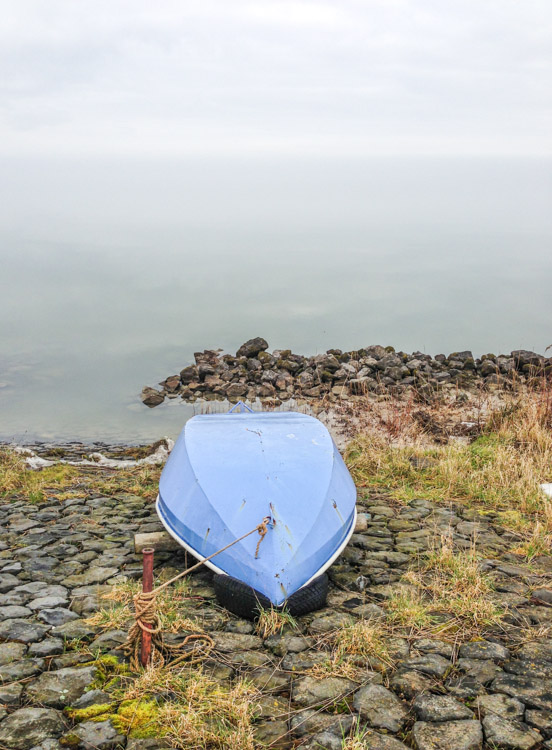 This lot looked like a school of dead porpoises: 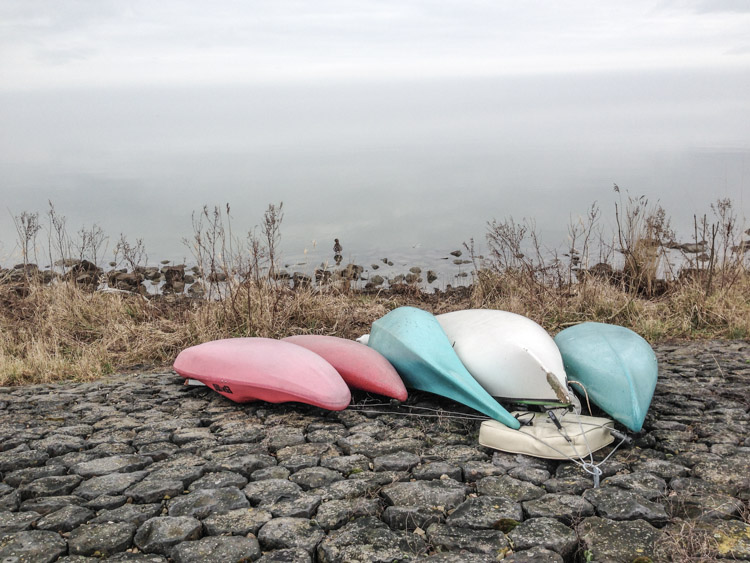 The lighthouse at Marken looked like it was out of a watercolour and would dissolve into Markemeer if you blinked. 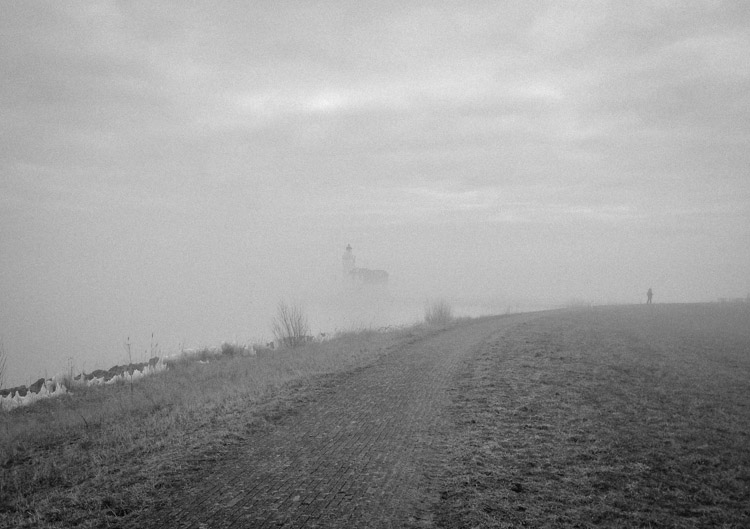 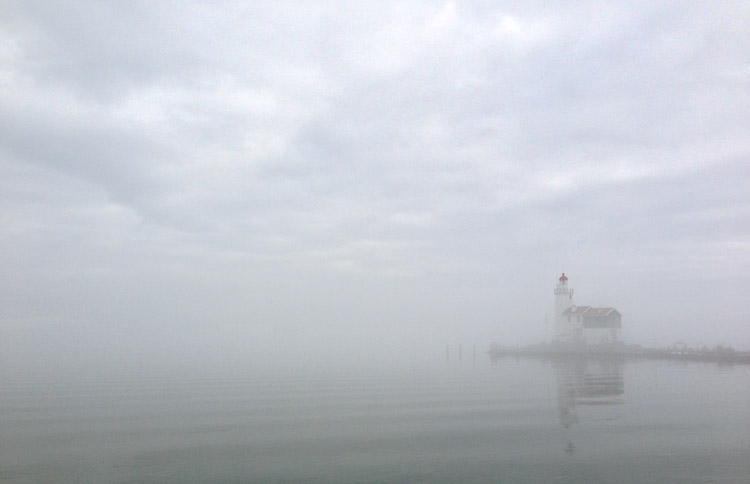 The little sand beach around the lighthouse looked frozen in time. The snow on the sand looked like foam from a wave crashing on the shore. 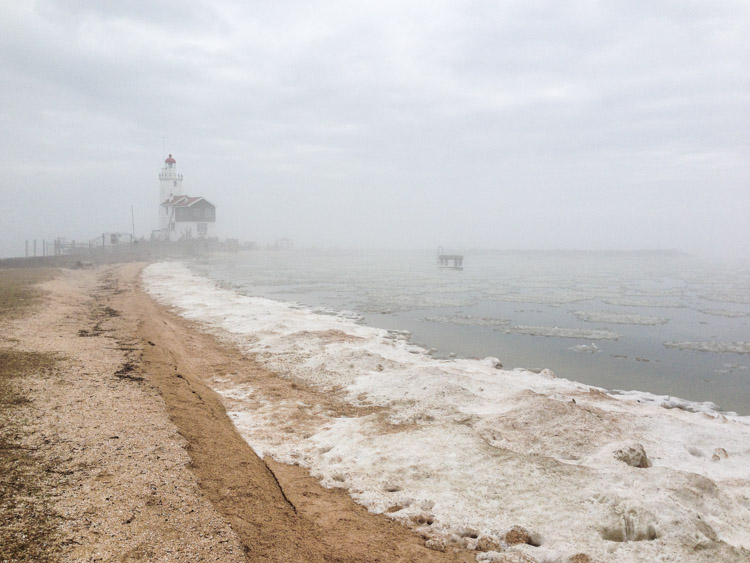 A tractor that was probably carrying supplies for the repair of the lighthouse stood there abandoned. It looked quite majestic in this setting. 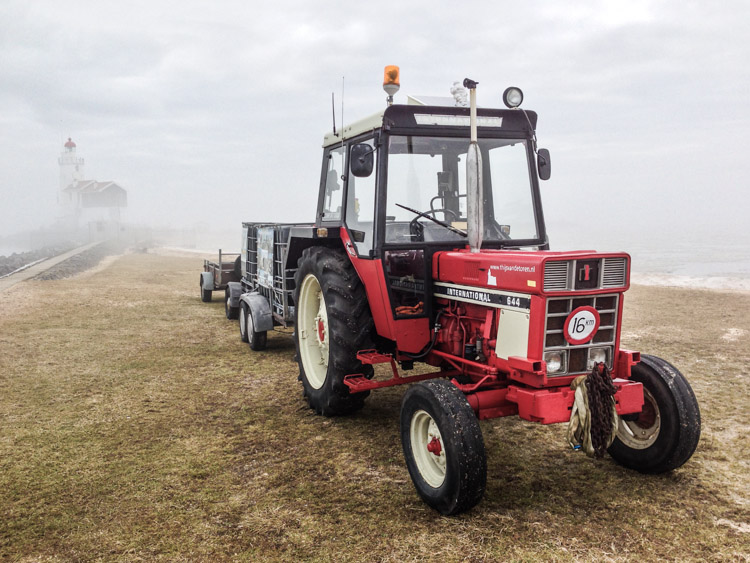 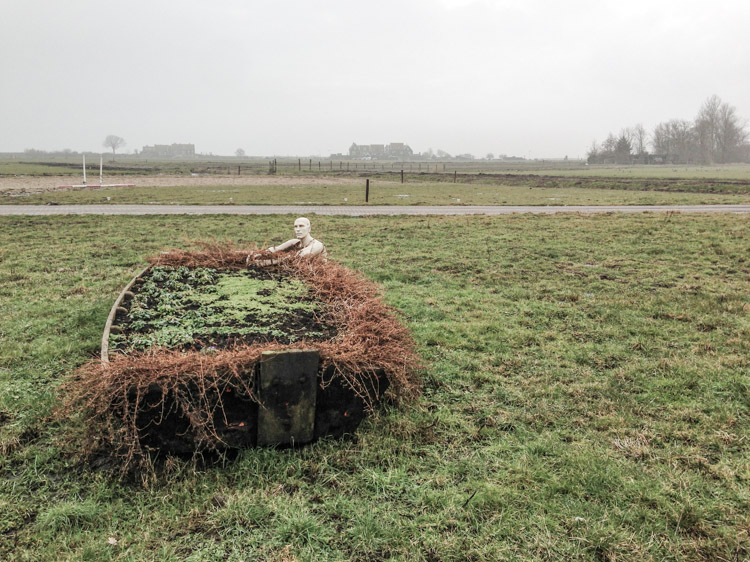 On watercolours The compulsory painting classes in our school were a laughable formality. They didn’t follow a curriculum and no attempt was made to teach even the

You and I and gro-cer-y The wife and I met online several years ago. We are from the same city but at that time both of us were working in different parts of India. We

Not all who wander are lost You learn all sorts of things about yourself once you leave the house or the city where you grew up. My biggest realisation has been that I love